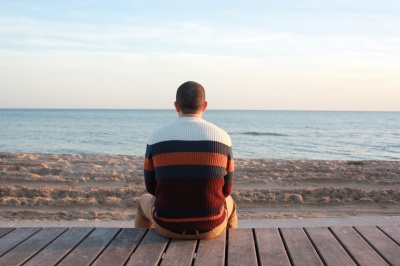 I am 18 years old, and I’ve seen that guys my age don’t really care about abortion because they don’t know what being a father is like or they only see it as an issue for woman to deal with. However, I believe young men like myself should have more of an education on abortion because not only can it do harm to both the mother and the father mentally and physically, but it is also extremely important for men to respect and defend the rights of women. If half the human race does not believe that women’s rights should be respected, how are women expected to respect themselves? Abortion is not only going against the unborn baby, but also that baby’s mother. Therefore men’s role in abortion is very crucial.

I have been reading articles where men find that when their partner goes through the abortion process and they feel strange about what just happened. There is a study where 1000 men were surveyed during the abortion and only 75 men were interviewed after the procedure. 21% of men who remained with their partners during the abortion found it to be a traumatizing experience. It was found that some of the men after the procedure suffered from PTSD (Post Traumatic Stress Disorder). Because of this there have been many cases where trouble arises in the relationship and the couple will attend therapy or the relationship between the two comes to a complete end.

Not everything is so sad. There are beautiful stories where couples thought of abortion but decided not to go through with and instead lived a happy life with their child.  The song “There goes my life” by Kenny Chesney is about how a young couple are expecting a baby and consider abortion but they keep the baby and live a wonderful life together.

Got my whole life ahead.

He is saying that all his plans for the future are gone and that he won’t be able to handle having a kid at his age.

That mistake he thought he made covers up the refrigerator

Kenny is saying that the mistake he thought he made was the best thing in his world. He loves the little baby girl and doesn’t regret a thing.

You can listen to the song here: There Goes My Life