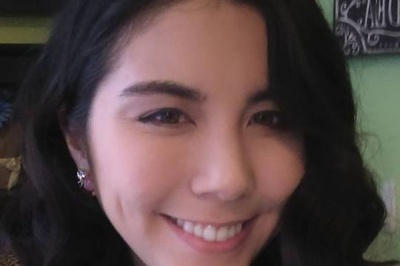 As a Canadian woman, I’ve always lived in a country where abortion was available. Before I was born, Canada struck down all legal restrictions on abortion, and the law of the land was to “trust women” and believe that “no one should restrict a woman’s choice.” I joined the pro-lifers’ campaign in Ireland as they fought to prevent their country from taking the same dark road that mine had taken.

I was shocked to see the results of the vote. It’s hard to see a silver lining after the referendum. However, I’ve come to realize that the referendum has given Ireland something powerful—which possibly no other country’s pro-life movement has.

The level of organization and passion within Ireland’s pro-life movement is unique in that it is a direct result of having had a referendum. Canada’s pro-life movement, though filled with dedication and passion, is mainly composed of small groups working independently. Canada could not have put together such a strong and coherent campaign. Canadians don’t have dozens of pro-life leaders, all of whom now have countless hours of experience in speaking to the media, canvassing, and running public campaigns. Ireland’s pro-life movement is young, vibrant, passionate, organized, and—now more than ever—has something to fight for.

The referendum has given Ireland pro-life leaders like Cora Sherlock, Katie Ascough, and Maria Steen. It has brought people together from all over the country—people who are willing to defend human rights. If Canada had, over the past few decades, the organized network of pro-lifers and pro-life leaders that the referendum has given Ireland, then the abortion culture in Canada would look completely different than it unfortunately does today.

Learning that only a third of the country stands with us is disheartening. However, knowing that a third of people are willing to defend the unborn against the pressures of the media, public scorn, and misinformation from politicians and advocacy groups, like Amnesty, gives the situation hope. To have one out of every three people fight alongside you is incredible. If the passion we had during the referendum is not lost, we can effect social change and prevent more damage over the coming years.

We need people willing to take action so that women will not choose abortion. Keep talking to people, continue to educate them, and show them that science and logic clearly prove that abortion is never ethical. Be there for women who are considering abortions, and demonstrate to them that you are a person who will offer them help and support if they are ever faced with a crisis pregnancy. Support crisis pregnancy centers, like Gianna Care. Wear and display pro-life messages to show the country that abortion is not—and never will be—the norm in Ireland. Now, more than ever, your effort can save lives.

Stay hopeful: countries that legalized abortion when their people knew little about the science of life in the womb are now seeing their laws changed and abortion rates decline. People are realizing, through medical advances, that human life in the womb is intricate, beautiful, and worth saving. Ireland voted for abortion while being kept in the dark about the scientific truths of intrauterine life. Shed light where the Repeal campaigners spread darkness, and the tides will turn in Ireland too.

This article appears in the latest edition of The Open Door magazine which can be accessed here: http://www.theopendoor.ie/the-open-door-sept-2-issue-949.pdf