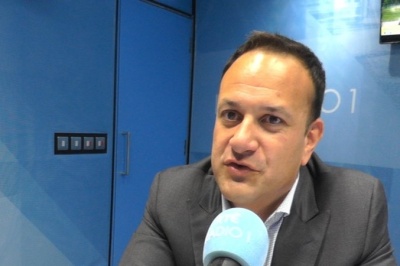 Government members panicking, seem prepared to say anything to secure the repeal

Today, Taoiseach Leo Varadkar made a series of statements during an interview on Today with Sean O’Rourke on RTÉ. In one statement he said: “If there is a ‘No’ on Friday it is only time before someone hemorrhages or bleeds to death.”

Commenting on his remarks, Dr Ruth Cullen of the Love Both campaign said: “This latest statement by the Taoiseach has to be the most outrageous and disgraceful remark made by any member of the Government so far in this campaign. It’s clear that some members of government are starting to panic over the fact that the ‘No’ side might win and these same members of government seem prepared to say almost anything take away the right to life from unborn babies.”

“The Taoiseach is in effect saying that if people reject the Government’s abortion on demand proposals they will be responsible for someone bleeding to death. His remarks are so vile the Taoiseach should immediately apologise and retract them. This marks a new low, even for a Government that has engaged in such widespread scaremongering and misinformation.”

“The Taoiseach also used the interview to tell a series of mistruths to the Irish people including the suggestion that removing the Eighth amendment is the only way to deal with difficult cases, and his claim that there are so-called “restrictions” in the section of the proposed bill which allows abortion without any reason whatsoever up to 12 weeks of pregnancy.”

“I think many people will be absolutely disgusted by the Taoiseach’s statements today, he has completely ignored the fact that Ireland without abortion is one of the safest countries in the world for pregnant women. Instead he is deliberately seeking to emotionally bully those opposed to abortion with the suggestion that they will have blood on their hands if they vote ‘No’ to his abortion proposal. We must remember that only five years ago he was completely opposed to abortion on demand, now today he uses his position to throw exaggerated and insulting language at people who hold the same position he, until recently held. This shows again that politicians cannot be trusted with the rights in the Eighth Amendment, it is also why people are increasingly planning to vote ‘No’ on the 25th of May.”