When I experienced some pregnancy bleeding, we went for a private ultrasound to ensure our baby was okay. I couldn’t even look at the screen, I was so anxious, but my husband held my hand and watched the screen for both of us. Then the sonographer quickly informed us that she had located our child’s heartbeat. And then she played that sound for us – the most wonderful music that we had ever heard.

The UK Heart Foundation recently made the discovery that an unborn baby’s heartbeat starts beating at 16 days. At that stage, a woman might not even know she is pregnant but for people like myself and my husband, that tiny heartbeat told us all we needed to know.

Baby or “clump of cells”? 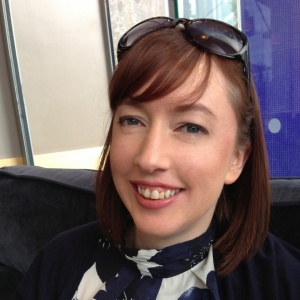 Our son hasn’t become ‘human’ at some magical point during pregnancy. He’s been making us laugh (and cry) since we first laid eyes on him at 9.3 weeks.  He has amused all our sonographers with his antics (they referred to him as a baby, not a foetus or embryo, and certainly not as a ‘clump of cells’).

Our child bounced up and down in the womb at 9.3 weeks, performed what we have affectionately called the ‘rump shake’ at week 11, which made us all laugh uncontrollably; and slept throughout his 12 week NHS ultrasound. On a particularly hot day during an ultrasound, the sonographer informed us that he was “just like the rest of us, only in miniature form”, and that like anyone else on a hot day, he just wanted to snooze.

During his gender scan at 18.3 weeks, he rubbed his own face and snuggled into my placenta and was so photogenic, that the sonographer gave us some 4D images to take home; and during my NHS ultrasound at 21 weeks, he was so active that the sonographer had to literally chase him around my womb to try and take his measurements. At one point, we could clearly see him pressing his two feet against the top of my womb. She called out: ‘Come on, baby,’ as she tried to capture a photo of him, but he was having none of it. After a long chase, he eventually let her get an image.

To suggest that our child in my womb (or anyone else’s) doesn’t matter or count, or isn’t human is, at best, ignorant of basic human biology. As Dr. Micheline Matthews-Roth of the Harvard Medical School has stated: “…it is scientifically correct to say that human life begins at conception.” My husband and I can vouch for this to be true by our own personal experience, clearly backed up by medical evidence, from one of the world’s top sources.