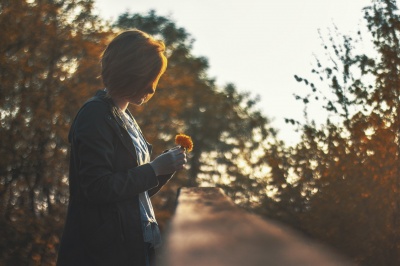 I was 21 when I got pregnant. I was living at home with my mam I had a minimum wage job with a zero hour contract, I suffered horrendously with depression and attempted suicide 3 years previous.

I had been with my boyfriend for about 6 months he was still in college and only 20 at the time so obviously our relationship wasn’t very stable. I was taking the pill but FORTUNATELY, it didn’t work.

On the 12th of February 2016, I was at work and I felt strange. No missed period nothing like that but something felt different. I decided to take a pregnancy test and as I was broke it was a cheap (own brand) test and it came back positive. Being 21 I thought there’s no way that’s right it has to be the test so I bought an expensive test with the last bit of money I had until the end of the week. I went home and with my boyfriend, I took the test and as we waited for what seemed like a year for the result we thought no it would have shown by now and then… 2-3 weeks pregnant. I freaked out and so did he. We had no money, no place of our own, no stability whatsoever and we were only together a short while.

We went for a walk and we chatted and we talked about traveling for an abortion. We weren’t ready we couldn’t manage the responsibility and financial aspects of a baby. He was still in college, I had a terrible job in retail. But we had no money to travel and I had no passport so we came to the conclusion that we would keep our baby. Within a couple of days, we were overjoyed I couldn’t believe there was this tiny little life we had created growing inside me.

Months passed and week by week we knuckled down and saved so hard to prepare for our little babies arrival.
At my first appointment in the hospital I found out I was “0 negative” which meant my body could potentially fight my baby and force me to miscarry so the midwives advised me of a treatment of injections I could receive to save my babies life and of course I decided to take them. (all the while having full choice in all my decision making)

I went into labor on a Friday evening 3 days overdue. On Saturday evening I was admitted to hospital as the labor was going on for far too long and they decided although my baby was fine it was safer for me. That night at 12 o’clock my temperature began to rise to a point where it was dangerously high and although my daughter was fine they advised it was in my best interest to have a C section. (still having full choice over my own body)I decided although it wasn’t part of my birth plan to CONSENT to a C-section.

My daughter was born in the early hours of that morning.

Every ounce of doubt and anxiety I had about bringing a life into the world completely disappeared when they placed her tiny little body on me and she lay there crying. This tiny little person was my responsibility she relied on me to protect her. She loved me and I loved her and although we had only just met the bond we had been growing throughout my pregnancy. From that moment I knew I would never be alone again this bond was unbreakable.

She is 18 months old now and every day I know how lucky I am that the Eight was in place. Before she was born I had NO reason to live. Life seemed so bleak and pointless every day was another contemplation of whether I would take my own life.

Since the day she was born, that hasn’t happened. My daughter is my sole purpose in life; she has saved my life and in turn, we both owe our lives to the Eighth Amendment. For anyone who thinks “Abortion is happening anyway, we won’t save anyone”… To them, I say: YOU ARE WRONG. We are both LIVING PROOF that the Eight saves lives.