Every year thousands of Irish men and women partake as athletes in The Special Olympics and even more people volunteer with the organisation. It’s an event that strikes a chord in the heart of every Irish person. It shows how it is possible to achieve our dreams. That is because in Ireland -and the 8th Amendment is only an example- have always promoted a culture of life.

Oftentimes we don’t see the ties that events such as the Special Olympics have with Ireland’s 8th Amendment. This law has saved thousands upon thousands of lives, regardless of gender, race and disability, and that list goes on. Thanks to this life-saving law we live in a society that supports and protects the most vulnerable among us, unborn children. It is a law of equality, one which gives everyone a chance to live, isn’t that what we all fundamentally deserve?

We have seen other countries make mistakes

The LoveBoth project aims to express the culture of life by protecting the 8th Amendment, while being mindful of both Mother and Baby. Only then can we be true contributors of compassion. We have seen other countries make the error of providing abortion for those who aren’t deemed perfect. Such countries have taken things too far, in the U.K. 90% of unborn children diagnosed with Down syndrome are aborted. Denmark aim to be Down syndrome free by the year 2030, shockingly, Iceland have already reached this target. The examples set by other countries just goes to show that once you strip the unborn child of his or her rights it becomes very easy to eliminate them from living, even for possessing the slightest imperfection.

Although you may think that Ireland will never reach such extremities, no one thought the U.K. would either when abortion was legalised there in 1967.

Abortion is life-ending, not life-saving, and those alive with conditions such as Down syndrome feel less valued because of society’s judgements. In the words of Heidi Crowter, a young woman who has Down Syndrome and who campaigns against the introduction of better screening tests that have the aim of highlighting babies with Down Syndrome, “What is so offensive about Down Syndrome and have you considered how this testing is making me feel?”

How to achieve our dreams as a country

How can we achieve our dreams? Which are your dreams for your country? Currently, we are being presented with two radically different futures in Ireland. One future welcomes everyone in life and protects everyone in law which the 8th Amendment is already and always been achieving, and the other is an Ireland that would eliminate the imperfect, disabled and those most in need of our love and care, while simultaneously violating and damaging the lives of their mothers and fathers who have been deceived by the slogan of ‘choice’. True progression within society doesn’t permit the elimination of basic human rights such as the right to life, for without this right, all others are completely meaningless. That is the reason why the 8th Amendment was introduced.

The Special Olympics is a wonderful example to us that no matter where ‘disability’ is found, unimaginable ‘ability’ and potential can also be found. 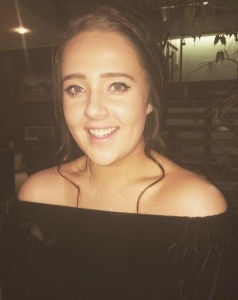