Commenting on the tweet sent from Taoiseach Leo Varadkar’s twitter account encouraging donations to the repeal the Eighth Amendment campaign, Cora Sherlock of Love Both said:

“The Taoiseach has used his office to endorse a private organisation working to take human rights out of the Irish Constitution. The fact that he has asked the Irish People to donate to the pro-abortion side is a totally unprecedented and highly inappropriate step for a Taoiseach to take during a referendum campaign.” 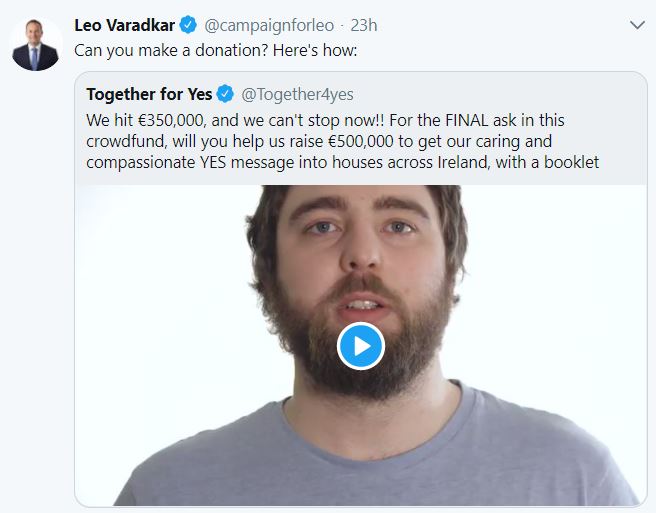 To be clear, @campaignforleo asked people to donate to a campaign that would bring us a system where more babies lose their lives. This is not “care” or “compassion” but it is certainly “change” – change for the worse. #8thref

“The tweet by the Taoiseach is another example of his unwillingness to consider the other side in this debate and the fact that Ireland without abortion is one of the safest places in the world for pregnant women and their children.”