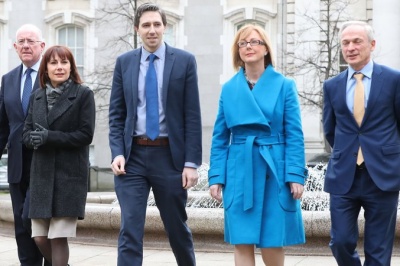 Reacting today to this morning’s radio interview with Justice Isobel Kennedy, Chairperson of the Referendum Commission, Cora Sherlock of the LoveBoth campaign stated: “Judge Kennedy has made it clear today that the repeal of the Eighth Amendment will hand the issue of abortion entirely over to the politicians in the Oireachtas”.

She continued: “I welcome her clear statement clarifying that the Government and the Oireachtas will be handed all the power to pass abortion legislation if the Government succeeds in removing the Eighth Amendment.”

She added: “The Minister has already played his hand by showing us what he plans to introduce if he succeeds in winning the referendum; that is wide ranging abortion without reason up to three months and beyond in vague and undefined circumstances, which goes even further than the law in England and Wales. The only way to stop this is Vote No on 25th May.”