Reason 6: Stories of hope after rape

One of the hardest situations for us to imagine a vision of Ireland where we can #loveboth is the case of pregnancy following rape. But it’s very important that we don’t allow abortion following rape the “default response” to pregnancy in these cases.

If we do that, then we do a grave disservice to women and babies.  To women, because we ignore the fact that a woman who has been raped has suffered a massive trauma, one that abortion cannot remove or take away, no matter how well-intentioned we are.  Indeed, abortion itself is a trauma for many women, one that often leaves them regretting the sad loss of their child.  By allowing abortion to become an accepted response to pregnancy following rape, we would be changing our society to one that prevails in many parts of the world – where women are encouraged to make a decision on something so complex at a time when they are still in shock from the rape.  The reality in those circumstances of course, is that there can be no time limits for abortion following rape so it must be allowed up to birth.

The Love Both vision must take into accounts the needs of both mother and baby in these cases, and to do that, we need to start listening.  We need to listen to people like Shauna Prewitt.  Shauna, who became pregnant after rape says that she has never regretted her decision to continue with the pregnancy. In her own words, “I think the world would be a much worse place without my little girl.” 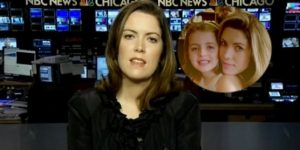 Abortion following rape = decision in a state of shock

Our own Rape Crisis Centre has carried out research that shows that 74% of women in Ireland who become pregnant after rape do not have an abortion.*  What do we need to do for these women, indeed for all women who are raped and find themselves pregnant?  First of all, we need to start listening – to the stories of women who say they needed support to continue with their pregnancies in those circumstances.  We need to listen to women who say they had abortions in the sudden shock but then came to regret them.  And we need to listen to those who courageously come forward to say that they were born as a result of rape.  These people are our friends and family members too – do they deserve any less support or protection from our laws?

Then there is the injustice of abortion to the unborn baby.  Just like any of us, she had nothing to do with the circumstances of her conception.  And she is not responsible for the actions of her biological father.  So why should her life be ended for a crime that she didn’t commit?  In a situation which is inherently unfair, this is perhaps the most unfair aspect – ending the life of an innocent child when the rapist will receive a much shorter prison sentence (if indeed he is brought to justice at all). That’s the reality behind abortion following rape.

People like Ryan Bomberger and Rebecca Kiessling who were conceived in rape rightly make the point that their lives should not be forfeit as result of the actions of a man who committed violence against their mother. Through his organisation, the Radiance Foundation, Ryan has created many beautiful ways of acknowledging and thanking his biological mother for having the courage to continue with her pregnancy and give him a chance to be adopted by a loving family. In Ryan’s own words, “We’re all wanted by someone.”

Finally, we need to work on seeking stronger sentences for rapists so that their victims will see that we care enough to see true justice for them and every other support that will see them regain their confidence and trust. Abortion following rape is many times regretted.