One of the biggest obstacles to the aims of the Love Both Project is misinformation.  Misinformation lets us all down.  It gives the public a false impression of what’s happening in the country.  Worse than that, twisting and falsifying facts scares people. One of the worst pieces of misinformation ist hat surrounding Ireland’s maternal mortality rate.  Sadly, the myth has been spread both at home and abroad that Ireland is in some way a dangerous place for pregnancy.

Guess what?  This claim couldn’t be further from the truth. 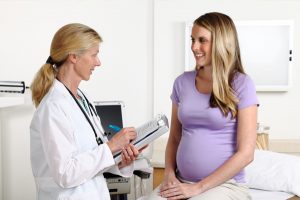 Ireland is a world leader when it comes to looking after women in pregnancy.  The methods for calculating maternal mortality rates have changed over recent years but it doesn’t matter which method is used – Ireland’s medical profession remains among the best in the world.

So where does the confusion come from?

Three independent reports (by the HSE, HIQA and the Coroner’s Report) found that Savita did not die as a result of Ireland’s pro-life laws.  Instead, her death was due to an anti-biotic resistant strain of E-coli complicated by sepsis and a series of systems failures which delayed the nature by her medical team of the seriousness of her condition.

The important point for all who want to ensure that we can #loveboth in our country is that no matter what figures pro-choice campaigners have used, they haven’t been able to show that abortion is needed to save women’s lives. This is the truth, and it’s the message that we need to re-establish in the public debate.