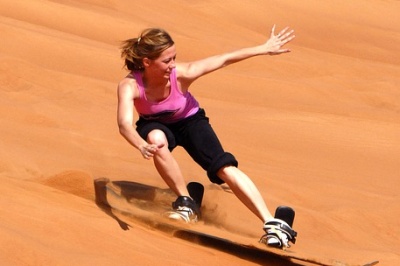 Having a baby doesn’t mean you have to put your life, dreams, and goals on hold. Just ask Jordanne Whiley, who revealed in July that she was eleven weeks pregnant when she became the Wimbledon wheelchair doubles champion. This is an experience similar to other elite athletes.

Whiley announced her pregnancy on Instagram with a ultrasound snapshot of her baby and the caption “So I had a little help at Wimbledon this year.” Reflecting on her pregnancy and her win, she told women’s sport website The Mixed Zone, that it’s definitely possible for mums to be elite athletes. And she’s not wrong! Here are just a few examples of female athletes who managed to accomplish incredible feats while pregnant with their babies:

Regan Shreiber swam across the English Channel, a distance of 30 miles, while eleven weeks pregnant and finished in just nine hours and thirty minutes. Magda Julin, a Swedish figure skater, won the gold medal at the Olympic Games while four months pregnant and continued skating into her 90s! Yashmita Bhana, a forty-one-year-old mother of three, climbed Mount Kilimanjaro while 8 weeks pregnant. Amber Miller participated in three marathons while pregnant, including the Chicago Marathon, which she completed while nine months pregnant giving birth to her daughter, June, just hours after finishing.

Kerri Walsh Jennings, one half of “the greatest beach volleyball team of all time,” won her third gold medal for beach volleyball at the London Games while five weeks pregnant. Nur Suryani Mohamed Taibi, the first woman to represent Malaysia in sharpshooting at the Olympics, did so while eight months pregnant.

This success continues even after childbirth. Despite the challenges of both carrying a new baby and recovering from the labor and delivery, countless athletes have proven that babies may change your life, but they don’t have to change your goals.

Mark Buckingham is an English physiotherapist who has helped a number of elite athletes return to their sport after having their babies. He told Vice Sports: “Babies put a bad day or a poor training session into context. Oddly, they make athletes better at time management. People don’t tend to overtrain as much because they haven’t got the time. People become better athletes when they have babies because they become able to put things into context.”

Nia Ali won a silver medal in Track and Field at the 2016 Olympic games less than a year after giving birth to her son, Titus. Her word seem to echo Buckingham’s statement, telling Glamour Magazine: “My mentality in training and competition has gotten leaps better (…). I feel more myself than I’ve ever felt.”