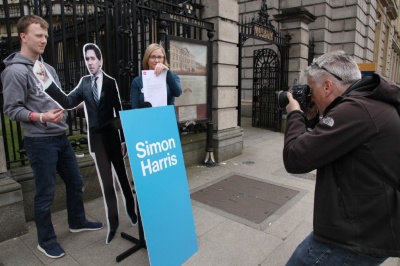 “Today we are handing in a letter formally asking the Minister to name the time and place at which he will debate his abortion proposal with LoveBoth.  He has already indicated that he is willing to participate in such a debate, subject to suitable arrangements being made with broadcasting stations.”

“Since the Minister made his commitment to debate, a number of broadcasters have indicated that they are happy to facilitate the event.  Now that broadcasters are ready, the stage is set.  The only thing that’s missing is the Minister.  He must now follow through on his commitment.  The public are being denied the opportunity to hear about what the Minister’s abortion proposals contain.  Voters are entitled to know just how extreme the planned legislation is which would lead to abortion on demand and is very far removed from the restrictive sounding legislation that the Minister has been presenting to the public.”