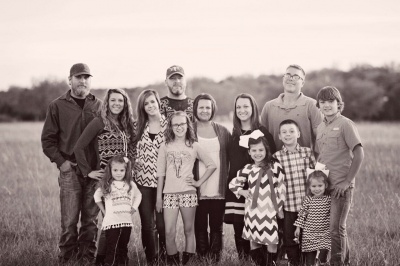 Claire with her family and her birth mother's family

Claire Culwell‏ found out she was affected by abortion about three years ago. This changed her life. She walked into the Coalition For Life wondering what their organization provided. Five months later she met her birth mother, who told her their story.

“My birth mother was 13 years old at the time she became pregnant with me”, says Claire. “Her mother took her straight to an abortion clinic where she had a surgical abortion. After thinking she had “fixed the problem,” a few weeks later she realized her belly was still growing. Her mother took her back to the abortion clinic where she learned that she had been pregnant with twins…One was aborted; One survived”.

Claire is coming to Ireland! If you want to hear her story, recently published on The Irish Sun, these are your chances:

Your presence there will send a clear message that you “stand up for life”. Because being pro-life is about much more than opposing abortion. Join us and #StandUpForLife