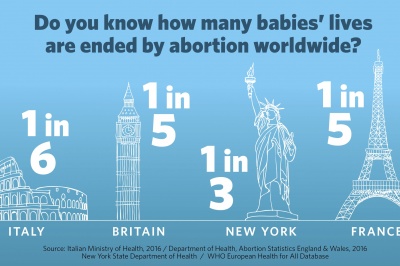 I am asked by the Pro-Life Campaign to advise regarding the projected incidence of abortion in the Republic of Ireland in the event that the 8th Amendment is repealed.

Summary of the Results

Comparisons with the above 7 countries for the 12 year period from 2019 to 2030 inclusive are as follows:

Hence the numbers of additional abortions on these assumptions are as follows:

During the next 12 Years

This can be represented pictorially as follows:

The data used in the calculations are set out in the Appendix.