The figures of abortion in England should help us to think.  In April 2017, the Citizens’ Assembly voted to introduce abortion on a number of wide-ranging grounds in Ireland.  There simply wasn’t time for them to come to terms with what the introduction of abortion means to a society.  They did so without ever reflecting on the harsh reality of abortion in other countries.  The Assembly members met for a bare 10 days and during that time they were expected to consider the huge subject of abortion.

Laws surrounding abortion are like every other law – they guide the public in what kind of actions are acceptable.  The smoking ban shaped attitudes towards smoking and drink driving laws shaped attitudes towards road safety. So too abortion laws shape attitudes towards abortion and the protection of life. The Eighth Amendment is a provision which has sent the message to the Irish public since 1983 that every human being, born and unborn, healthy and sick, wealthy and poor, is of equal value under the laws of the land and is deserving of the same protection.

The increasing figures of abortion in England

This hasn’t happened in other countries.   As the laws there have changed, the public received a very different message about the value of babies’ lives in the womb.  Laws changed to allow the ending of a baby’s life in the womb and that changed the way the public viewed abortion.  They came to see abortion as something which was acceptable, normal even.  They forgot about the amazing development of the baby in the womb and how his or her heart’s start beating at just 3 weeks in the womb.  Once the law said the public was allowed to stop a baby’s heart from beating, the number of abortions increased steadily.

We only have to look at the figures of abortion in England to see the perfect example of this.  Abortion was introduced there in 1967 under the Abortion Act.  At that time, 1 in every 40 pregnancies ended in abortion. Within just five years, that rate had risen to 1 in every 7 pregnancies.  Today, 1 in every 5 women who becomes pregnant in England will have an abortion. 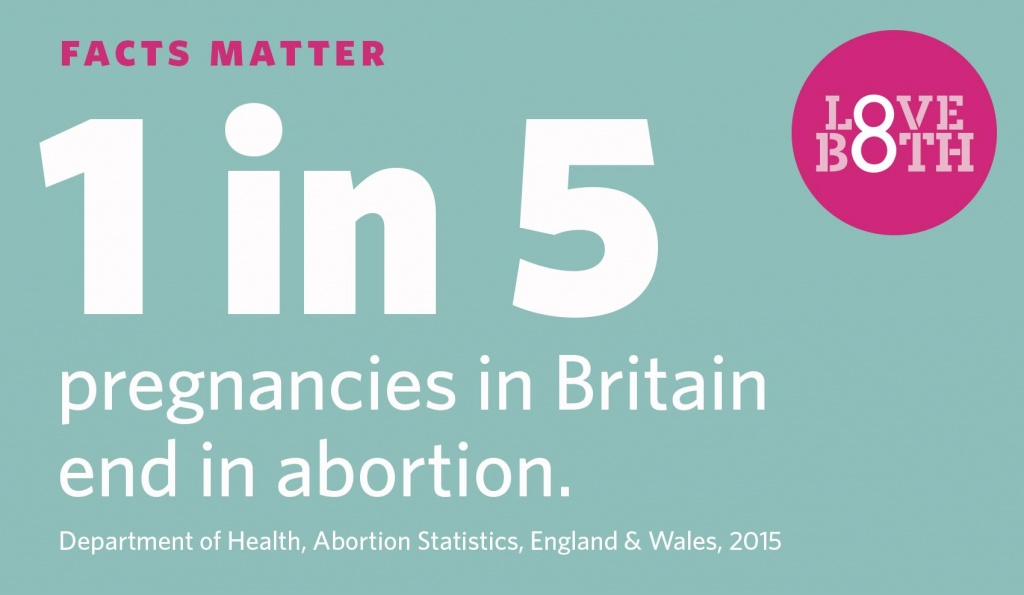 first of all, think of 5 people in your life. Which one of them could you do without?  Sometimes we don’t always realise the human cost of a statistic like “1 in 5” but this is what it means – the ending of a baby’s life and the loss of a unique individual who would have meant so much to others if he or she had had a chance at life.

Is this the same as Ireland’s rate?

No.  Abortion advocates are fond of claiming that our abortion rate is the same as in other countries but this simply isn’t true.  France and Spain and many other western countries have a similar rate to the rate of abortion in England.  There, 1 in 5 women who become pregnant will have an abortion.  But that’s a massive 300% more than the Irish rate of abortion.

What does this mean for the abortion debate?

Every abortion is a tragedy.  A baby loses his or her life and a woman exposes herself to the risk of serious psychological or physical harm.  One thing we can surely all agree on is that we should be trying to reduce the number of abortions taking place in our society.  If we were to repeal the Eighth Amendment and liberalise our abortion laws, we would be acting against this goal.  The way to reduce the number of abortions is to keep the Eighth Amendment.  Don’t create a situation where our laws say it’s “normal” to end a baby’s life through abortion.  Instead, work on putting in place the supports and assistance that women and families need.  In conclusion: let’s help them when they are facing unplanned or difficult pregnancies.

Note: the Irish figures are listed by the British Department of Health on their own.