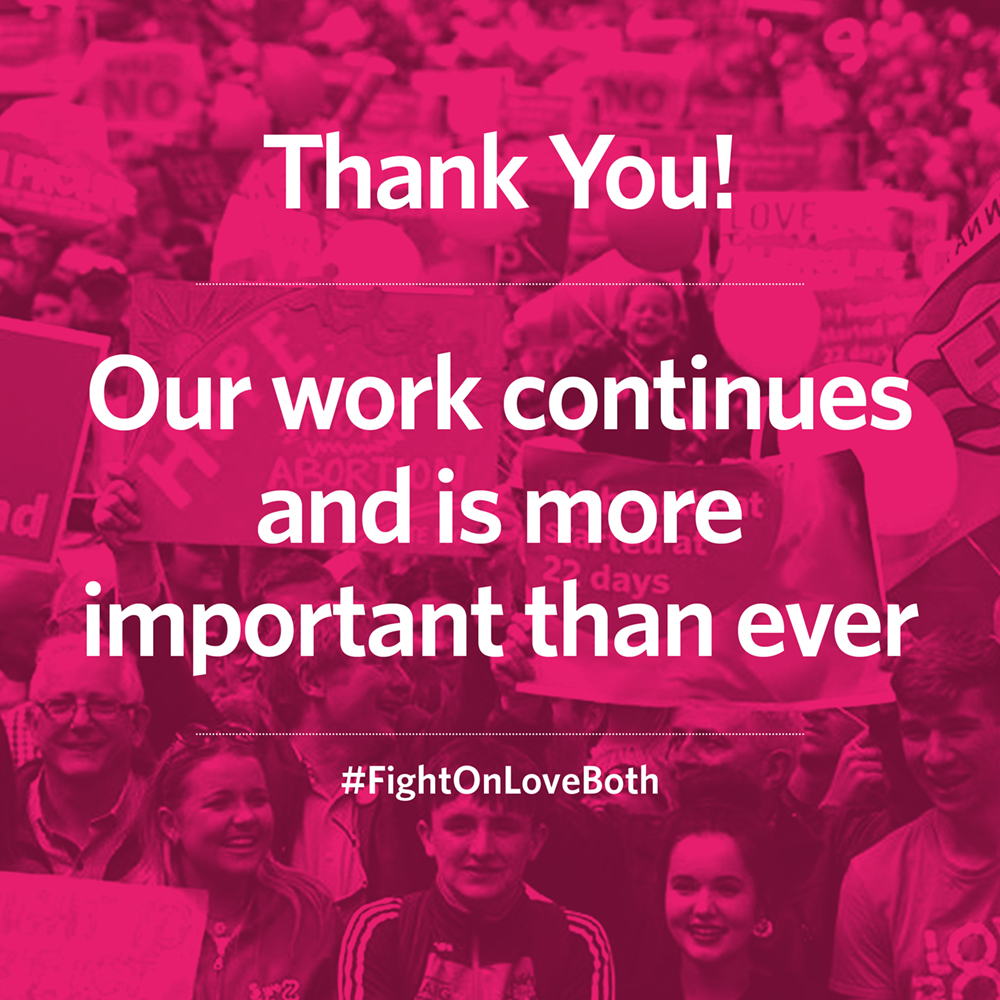 Over the last few days, many of us will have felt a profound sense of sadness and distress that our fellow citizens have ignored the evidence from other countries and voted to open the door to abortion on demand in Ireland.

Many people, even some of those who voted “yes”, will have been shocked at the scenes of celebration and triumphalism by the Taoiseach and other Government Ministers at Dublin Castle on Saturday.

After the initial shock of the result, many of us are asking how we have come to a point in our history where the Taoiseach and others can celebrate the removal of the right to life of unborn babies before a cheering crowd?

Certainly part of the explanation can be found in the years of relentless propaganda and lies by pro-abortion politicians and a biased media. It is too early to speculate on how the issue of media imbalance can be addressed. But we know this much, unless it is addressed, there will be no prospect of restoring legal protection to mums and babies during pregnancy anytime soon.

In every struggle against injustice there have been setbacks. When those who stood against slavery, against communist and fascist tyranny encountered obstacles and opposition they continued to fight for truth and justice. We must continue to represent the interests of unborn babies and their mothers. Every one of us who worked so hard in this campaign realises that history will judge us on what we do now to defend the right to life. We owe it to future generations to continue to speak the truth clearly and without fear.

The campaign we were all part of brought together thousands of people who are incredible ambassadors for life. Remember, 1 in 3 people who voted, voted to keep the constitutional protection of the 8th Amendment.

The battle is far from over. At some point in the future, we will be victorious. Let’s work together for that day. The injustice that is abortion will not win in the end.

The pro-life vision that unites us all was beautifully captured by Ade Stack, founder of Hugh’s House, when she addressed the LoveBoth rally in Merrion Square on Saturday 12 May. In her speech she said: “If you are going to live for a hundred seconds or a hundred years, we are committed to building a country that is ready for you.”

We are looking at the way forward. We urge you to take heart and re-commit yourself to the great cause of life.

Finally, may I thank you personally from the bottom of my heart for all the efforts you made during the campaign. They have not been in vain!