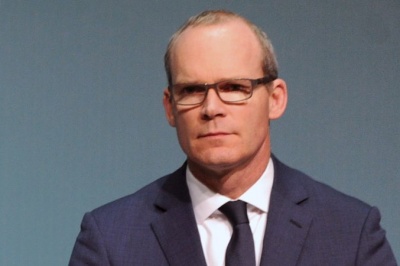 Speaking over the weekend, the Tánaiste, Simon Coveney accused those campaigning for the right to life of the unborn child of “trying to frighten voters” regarding the Government’s plans for abortion on demand if the Eighth Amendment is repealed.

Responding to these remarks, Geraldine Martin of the LoveBoth campaign said:

“Just a few short weeks ago, Minister Coveney was looking for guarantees that would stop the Dáil from expanding the 12 week abortion access.  However it looks like he was talked out of that, and bullied into preaching about the “restrictions” that simply do not exist in the law proposed by Simon Harris. If Simon Coveney is so confident in his new views on abortion, we would welcome a debate with him – or perhaps he will go into hiding like the other Simon in the cabinet.”

“Simon Coveney claimed that doctors will be required to “discuss” with the woman why she is seeking an abortion and that she “will be told about alternatives to abortion”, however this is all pure speculation and misinformation. It is clear that Simon has not read the proposal since he dropped his opposition to it; the proposal contains no mention of ‘alternatives’ to abortion or ‘second scans’.  It is purely a plan to introduce radical abortion on demand in a way that goes much further than the law in Britain where 1 in 5 pregnancies end in abortion.”

“A few weeks ago Simon Coveney opposed this planned abortion law.  The only thing that has changed since that time is his position. The proposal has not been made more restrictive and despite his best efforts, no amount of government spin can change that fact.  The sad reality is that this is a proposal for abortion on demand, pure and simple.

Politicians may change with the wind but the Irish people will not be fooled by their false promises which is why we are confident that there will be a ‘No’ vote on the 25th of May.”