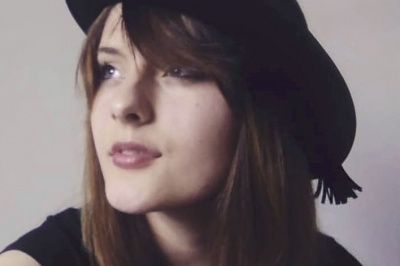 I moved to Galway from Slovakia in 2007 and later joined the Galway Anti-Racism Network. As a non-national, I must say I have found Galway to be a very welcoming place.

d work together in harmony to prevent racism in Galway. The answer was no and “we don’t want your support to be brutally honest”.

I, a non-national, living in Galway, was expelled from Galway Anti Racism Network for suggesting that they take a neutral stance on abortion. Last week, I stood peacefully outside a facility in Galway City which performs abortions. One of our signs read “for help in a crisis pregnancy come talk to us”.

Sinn Féin later issued a press release, part of which read “now less than three days into the delivery of abortion services, anti-abortion groups have assembled to harass women and patients attending a GP clinic in Galway”.

Joseph Loughnane of People Before Profit (and Chair of Galway Anti-Racism Network) shared a photograph of me on his Facebook page under the caption “we still have to deal with people who hate women, here’s a line-up of them in Westside today”.

Galway Pro-Choice also published my photograph saying that “those seeking healthcare at home are already being harassed”.

When my friends and I spoke to the Galway City Tribune (Article published 19th January 2018), Loughnane was quoted as saying that the only reason anyone would be expelled from Galway Anti-Racism Network is “if they made racist remarks”.

I am very sad that this is what Ireland has come to – regardless of the fact that I am a young female, and a non-national, but based on the fact that I believe in legal protection for unborn babies, I am dismissed as “racist” and accused of hating and harassing women.

Termination of Pregnancy Act 2018, which allows for abortion for any reason up to three months gestation, up to six months on vague health grounds and up to birth on other health grounds or where the foetus has a condition which would ‘likely’ lead to its death before birth or within 28 days after birth. Many pro-choice groups appear to want more!

But what is also alarming is their persistent efforts to silence the voices of young people like me who are trying to peacefully and non-confrontationally promote alternatives to abortion.

Abortion is being presented as the only option for women in crisis situations, and those who offer alternative choices are being written off as “rogue” people who seek to “harass”, “manipulate”, “bully” and “hate” women. (I’ve just quoted Sinn Féin, IFPA, People Before Profit and Galway Pro Choice).

In spite of all the name-calling and caricaturing, we will continue to peacefully protest and pose hard questions about the new law. For example, why does the HSE website conflict with the Regulation of Termination of Pregnancy Act’s definition of abortion by defining surgical abortion as “a surgical procedure to remove a pregnancy”. The law defines the procedure much differently, and clearly; “A medical procedure intended to end the life of a foetus”. Why does the HSE feel a need to dress this up?

And why is the Adoption, Information and Tracing Bill at a standstill in the Dáil, considering how quickly the Abortion Bill was rushed through, why is adoption sidelined and abortion promoted and prioritised?

I will fight for human rights every single day of my life regardless of what names and accusations the other side throw in my direction. The conversation about abortion is far from over in Ireland.

This article first appeared in the 24th January 2019 edition of the Galway Advertiser.