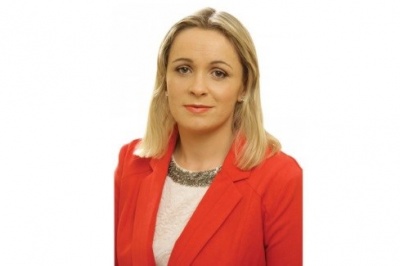 Commenting on the news that Offaly TD Carol Nolan has resigned from Sinn Féin after the party voted to deny its members the right to vote with their conscience on abortion (without receiving disciplinary action), Dr Ruth Cullen of the Pro Life Campaign said:

“It’s a very rare thing in politics these days to find a politician with the kind of courage and principle Carol Nolan has shown. She knew from the outset she would not receive plaudits or support in media and political circles for her pro-life stance yet none of this deterred her from standing up for what she believed in. The people of Offaly should be very proud to have a TD like Carol representing them – someone who is prepared to stand out from the crowd and do what she believes is right regardless of personal political considerations.”

“The leadership of Sinn Féin has spent an awful lot of time recently talking about ‘trusting women’ and the ‘right to choose’. But these slogans ring very hollow when the party is not prepared to trust one of its own female members to exercise her right to choose to oppose abortion.

“This has been an extremely difficult time for Deputy Nolan and other Sinn Féin members who stood up for real democracy and freedom of conscience within the party. They should be immensely proud of what they have done. Despite all the packaging from government, the proposed legislation for abortion has nothing whatsoever to do with providing ‘healthcare’ for women and everything to do with introducing abortion on demand. It’s regrettable that more politicians didn’t speak up before the referendum about the horrific reality of what Repeal will mean but at least we can be very thankful that people like Carol Nolan did not remain silent at such a critical time. More than ever, we need people like her in Dáil Éireann. Members of the public, regardless of where they stand on abortion, should recognise that. Despite the setback for her of feeling she had no option but to leave Sinn Féin, I believe Carol has a very bright future in politics and in Dáil Éireann.”