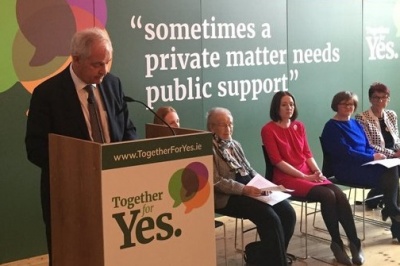 “These politicians, who are supposed to hold the Government to account, have decided to ignore the views of their own party members who have consistently voted against abortion, and have abandoned their duty as opposition politicians to scrutinise proposals by the Government and to ask the tough questions about the Minister’s abortion proposals.  In that sense, they have let the Government off the hook.

“None of these politicians have asked the government why they propose unrestricted abortion up to 3 months of pregnancy, or why the Government has rushed forward abortion legislation that proposes to turn GP surgeries in every town and village in Ireland into abortion clinics.

“It is reassuring that these politicians are very much in the minority in the Fianna Fáil Parliamentary party, and that there are many more who are prepared to do all they can to stand up for the rights of the vulnerable, and work to bring about a No Vote on 25th May.”