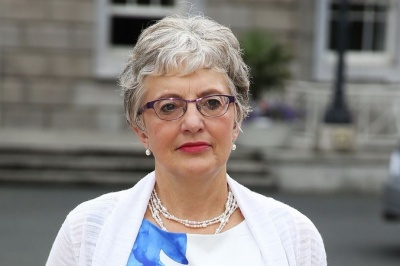 It is reported today that the Government is planning a ‘baby boom strategy’ with a view to increasing birth rates in order to curb the increasing economic demands resulting from Ireland’s ageing population.

The initiative, led by Minister for Children Katherine Zappone, plans to look at ways of encouraging families to have more children. One initiative speculated on is the introduction of supportive ‘baby boxes’ for all parents of newborn babies.

Commenting on today’s reports, Cora Sherlock of the Love Both campaign said:

“Genuine initiatives designed to assist and support new parents are obviously a good thing. But the timing of this latest announcement from government is not accidental. I think a lot of people will find it more than a little strange that at the very time certain Cabinet ministers are proposing to introduce abortion on demand, these same ministers are proposing ‘baby boxes’ for all new parents.

“Can Katherine Zappone not see the irony and inconsistency in trying to encourage parents to have more children while backing a referendum that would open the door to wide ranging abortion?

“A central aim of the new initiative is to increase birth rates in order to offset growing economic demands resulting from the Ireland’s growing population.

“But babies should never be seen as a means to an end. Each new human life is unique and precious and has a value independent of whether the State recognises it or not. That has to be the starting point. Otherwise, we end up assessing human worth through a purely utilitarian economic lens.

“It should be pointed out that there are a number of voluntary led initiatives already in existence offering supports to new parents, including initiatives like the baby boxes that make things easier for parents after their baby is born. Minister Zappone should liaise with these well established groups before rolling out her own initiative.”