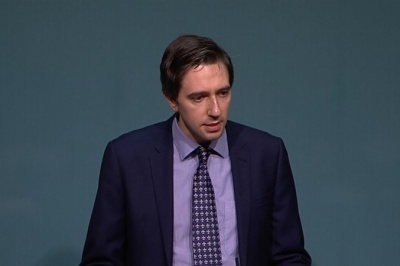 According to the LoveBoth campaign, Minister Simon Harris cut a forlorn figure on stage today at the first Fine Gael press conference as he outlined the fact that he is unable to unite his party around his extreme abortion proposal.

“It is remarkable that the party in government is so divided on this issue that it does not even have agreement on launching a poster campaign.

“Ordinary members of Fine Gael and many members of the parliamentary party have voiced their concerns about the Minister’s proposal for far-reaching abortion in Ireland.  It’s clear that the extreme nature of the proposal has alienated many party members throughout the country.

“This leaves the Minister and the Taoiseach relying on the help of organizations such as Amnesty International, currently engaged in a court case regarding their illegal funding by United States billionaire George Soros.

“It’s a sad state of affairs when Simon Harris’ proposal is so extreme that he has been abandoned by his party to be left relying on proxies of the international abortion industry to bail him out.”