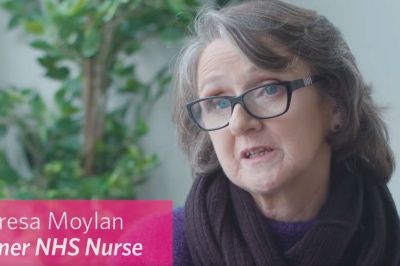 LoveBoth has launched a new video to highlight the fact that the government’s proposal has nothing to do with health, and everything to do with ending the lives of babies.

The video features a former NHS nurse who speaks about how abortion, which was introduced on so-called restrictive grounds in Britain, has led to a situation where 1 in every 5 babies loses their life to abortion.

“World Health Day is a good time for us to reflect on the excellent record of the medical profession in Ireland when it comes to looking after mothers and their babies during pregnancy.  The government’s proposal has nothing to do with health and everything to do with ending babies’ lives. A vote for repeal would mean a vote for unrestricted abortion up to 3 months, at a stage when a baby has a beating heart, a face, and can suck his or her thumb.  The only way to prevent this happening is to vote no on the 25th of May.”