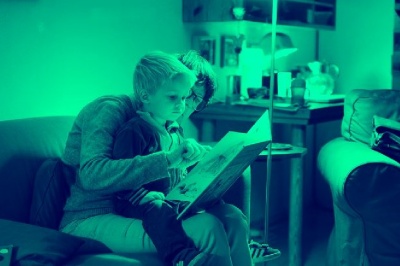 “I almost didn’t have a child because of my career as a writer. Everything I read about motherhood and creativity said that a baby would sap my energy, divide my attention, give me something called mommy brain and make it almost impossible to continue working. As an ambitious person, this scared me. Having a child is a big enough mystery, and the idea that it could stop me from doing what I most desired felt like a huge risk — one I wasn’t sure I wanted to take.

For years, I waffled. I read myriad essays by other women complaining that since having a baby, they couldn’t find the time or energy to make art. I saw no reason I would be different. I could easily think of actors, musicians and other artists who seemed to lose their edge after having kids, or who produced far less work. Many female writers I admire, including Virginia Woolf, the Bronte sisters and Jane Austen, were childless. Those who did have children seemed to struggle with the issue. Margaret Atwood, for example, told The Paris Review, “For a while, I thought I had to choose between the two things I wanted: children and to be a writer. I took a chance.”

In the end, I took one, too. Throughout my pregnancy, I weathered comments about how difficult writing would soon become, all while obsessing about how I would juggle caring for a baby and finding time to write.

I shouldn’t have worried. In the five years since my son’s birth, I’ve written two novels, won grants and residencies and broken into many national publications. Before becoming a mother, it took me 10 years to write a novel. I never won grants or residencies pre-birth, because I rarely applied for them and, despite my skills and experience, I was intimidated to approach national magazines. Now I don’t have time for any of that angst because the babysitter is leaving in an hour.

Not that I don’t struggle with parenting — I do. There have been plenty of times when I’ve sat in my office, near tears, listening to my son beg to come in so he could “be with mommy.” I’ve turned down fellowships because I couldn’t be away from him so long. More than once, I’ve put him in front of a TV so I could meet a deadline. I’ve experienced plenty of mommy guilt. Still, I’d rather be the writer I am than the one I was before my son. No one is more surprised by that than I am.

For one thing, I’m more focused. When my son was an infant, my time to be creative suddenly became limited, so I stopped wasting it. Before my son, I thought in terms of small financial gains and pursued any project that sounded fun. Now I think long-term about what I want to accomplish, and I’m judicious about the projects I take on. I go after big goals. I’m braver. My creative life has broadened, and I’m more interested in making art that takes on larger, more pressing topics.

So when I, a woman trying to make art, contemplated becoming the woman with the baby, I felt divided. I didn’t want to create the very thing that would become the enemy of my art. For almost a decade, I sat on my hands, afraid to have a child, yet wanting one. I now regret all that wasted time.

After all, many male artists had children. Leo Tolstoy had 13, Charles Dickens had 10, Amadeus Mozart had six, Johannes Vermeer had 15, and Johann Sebastian Bach had 20. No one would suggest that fatherhood hindered the creativity of these men, yet their ability to create hinged on someone else taking care of all those kids. It’s no different for women artists, except that they have only recently been afforded the same privilege that men have always had — that is, the peace of mind that comes when someone you trust looks after your children while you work.

In this respect, creative women need the same thing all professional women need: child care and a support system. I have that in my husband, who shares half the parenting, and in my limited access to babysitting. Not everyone is so fortunate. Today, a more promising discussion about motherhood and creativity would look at how women artists can get the resources they need to make art, instead of rehashing the same old idea that motherhood and creativity don’t mix.”