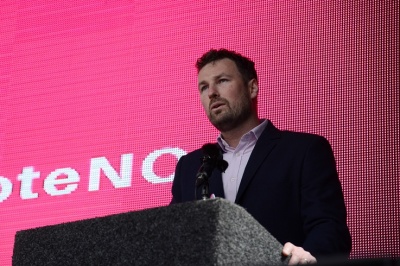 A chairde – ardaíonn sé mo chroí a bheith in aonacht libh inniú. What a privilege to be here with you.

I reluctantly joined in this referendum campaign. I was busy with my work and family and my wife, Siobhán, was expecting a baby. As the debate progressed it became clear that health care was becoming a central issue: a tiny number of heartbreaking cases were being misrepresented by people who should know better.

Ireland with the 8th amendment is among the safest countries in the world for a woman to be pregnant. Audits of death and sickness in pregnancy confirm this. The Irish Medical Council guidelines say that doctors must intervene to save a woman whose life is at risk – the risk does not have to be imminent. The purpose of these rare but necessary interventions is to save the life of the mother – not to target the life of the baby. Although sadly they may lead to the death of the baby – it is never the intention. Such life-saving interventions are worlds apart from what is being proposed in the referendum on 25th May – which is the direct and intentional targeting of the baby.

“The Irish Medical Council guidelines say that doctors must intervene to save a woman – the risk does not have to be imminent.” #LoveBothVoteNO https://t.co/RAwoKa5u8n pic.twitter.com/1d3sSe42KH

Yesterday, five of the country’s most imminent obstetricians and gynaecologists, all former Chairmen of the Institute of Obstetricians and Gynaecologists, issued a statement to the Irish people saying: “We are appalled by the comments of Dr Rhona O’Mahony and Dr Peter Boylan” – their comments are simply not true and are a serious misrepresentation of the Irish health system.

As a doctor I have heard a litany of falsehoods and exaggerations – designed to create a climate of panic – to distract from the reality of repeal – which is unrestricted abortion on demand. This debate is not about health care.

Simon Harris has published his outline for what would repeal the 8th Amendment: It defines termination of pregnancy as a medical procedure intended to end the life of the foetus. This is not health care. It goes against the most basic principles of medicine. To heal, to cure, to save life… never to harm and certainly never to intentionally end a life.

Head 7 of the plan says that termination of pregnancy be carried out for no specified reason up until 12 weeks. 50 years ago Britain introduced abortion for the most rare and difficult cases only – almost 9 million babies have been aborted since then. What Simon Harris is proposing is more extreme than this. It is clearly unrestricted abortion on demand.

Simon Harris has announced that he wants GPs to lead out and deliver his plans. With no consultation – no discussion. I heard about it on the news. GPs treat people for the course of their lifetimes. We manage mothers and their babies before and after pregnancy and it is a pleasure to do so.

Respect and compassion are the cornerstones of our medical practice. But if repeal happened, we would be forced to end the life of one of our patients. We have a crisis in recruiting GPs outside of the main cities. Simon Harris plans to impose abortion delivery on GP surgeries – how would this affect recruitment and retention of GPs?

Calling abortion health care and telling us that it must be regulated is conjecture. Nothing more. Despite repeated claims to the contrary it has become crystal clear that it is possible within 12 weeks of pregnancy for a mother to know with a high degree of certainty if the baby she is carrying has Down Syndrome. We have seen what happens to these babies in Britain and many other neighbouring countries. Repeal will mean abortion of Irish babies with Down Syndrome in Irish clinics and hospitals.

Science has progressed since the introduction of abortion in Britain and USA. The humanity of the baby can be clearly seen on ultrasound well before 12 weeks. What the repeal campaign call pregnancy tissue is a little human with organs facial features and moving limbs and is truly one of us.

Let’s show more compassion – let’s force the government to give these women and their babies the supports they deserve: access to counselling, proper housing for homeless pregnant women in this city, social services, financial support and all of this extending after the pregnancy for lone parents and mothers of children with disability…

To do this we must vote NO. 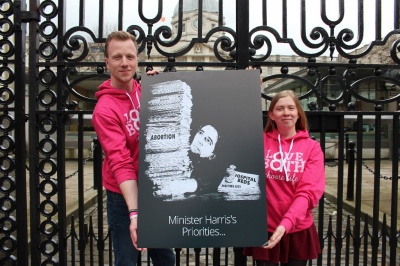 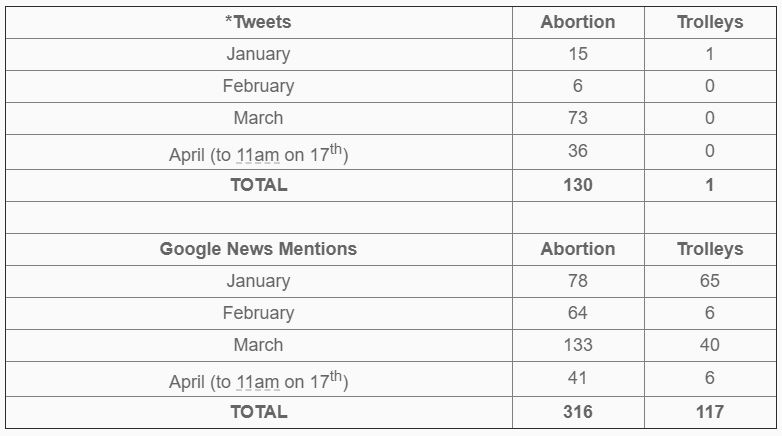