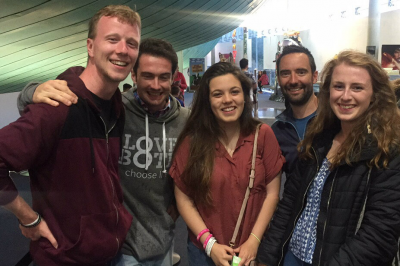 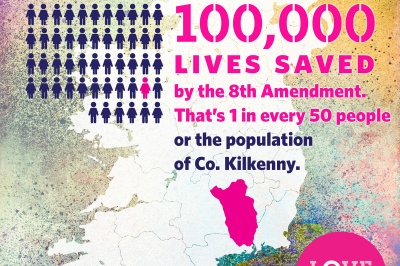 How to build a society which supports pregnant women

The Love Both Project was formed with an aim of making this Ireland a reality. We want to show people how we can build a society which supports pregnant women and families who may be facing unplanned pregnancies or difficult pre-natal diagnoses. It is also our aim to deliver suitable accommodation for the 20 plus pregnant women who are tragically sleeping rough on the streets of Irish cities every night. This all starts with accepting the value of each human being regardless of age, dependency, gender, ability, race, status in society or circumstance.

To achieve this type of society for both mothers and babies, respect for all human rights is vital. At the moment, the focus of our work has to be the defence of the 8th Amendment to the Irish Constitution, which safeguards the right to life of women and unborn children.

It is hard to imagine a right more fundamental than the right to life. An actuarial report published in September 2016 has shown that over 100,000 lives have been saved in the last two decades, thanks to the 8th Amendment. That is 1 in 50 people, or the entire population of Kilkenny. More than likely, we all know someone who is alive today because of the 8th. These people continue to contribute to Irish society, simply because they received the chance to be born.

Countless woman around Ireland credit the lives of their children to the 8th Amendment. One such woman is Emma from Co. Kildare, who experienced an unplanned pregnancy. She says, “I often think if I had local access to an abortion when I was feeling vulnerable, I could have easily made a decision that I would have regretted later”. Her beautiful boy Rossa is now thriving and full of life. Thanks to the protection he received from the 8th Amendment.

Another aim of the Love Both Project is to end discrimination against unborn babies who have received the diagnose of life-limiting conditions. Many people are shocked to learn that in the UK, 90% of babies diagnosed with Down Syndrome in the womb are aborted. Denmark as set the goal to become a Down Syndrome free country by 2030. Abortion is the only way to achieve it. We want to be a truly compassionate and loving society. That is why we need to continue to improve the quality of life of people with intellectual and physical disabilities.

Over the next few years, the Love Both Project has received the support from the generous Irish public. And it will continue to promote the protection of both mothers and babies throughout and after pregnancy. The first way to achieve this is by protecting the 8th Amendment. After all, without the right to life, aren’t all other rights meaningless?