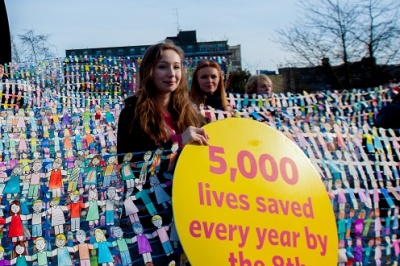 The Government’s plan to repeal the 8th Amendment and allow abortion on demand for the first 12 weeks of life is one of the least inclusive and most discriminatory proposals ever put forward in this country. Eilís Mulroy explains it in Galway Advertiser:

“In 2015, Irish people voted in a referendum to introduce same-sex marriage. The key messages of that campaign were equality, diversity and ending discrimination. Strange then, that just three years on, the people of Ireland are about to be asked to vote in a referendum that will render those three things meaningless.

Repealing the 8th Amendment would not just discriminate against the most vulnerable members of Irish society, namely unborn babies. It would also send a message to women that we are not prepared to put greater effort into providing the kinds of supports they need when faced with an unplanned pregnancy. In effect, it would be saying that ending the life of their baby is a reasonable thing to do.

The risks of discrimination are obvious, particularly for babies diagnosed with disabilities such as Down syndrome. They are already far more at risk from abortion in countries like England and Wales, where nine out of 10 babies diagnosed with the condition in the womb are aborted. The message this sends out – that babies not deemed “perfect” can be aborted – is upsetting, discriminatory and wrong. As the abortion debate heats up, we all need more than ever to reflect on all the good things the 8th Amendment has done for Ireland. The most obvious and important one is this: the 8th Amendment has saved human lives.

Thanks to the 8th, Ireland has remained a country where families experiencing challenges during pregnancy have received support rather than being offered an abortion which would end the life of their child. There are most likely people walking around Shop Street, Salthill, Oranmore or Ballinasloe today who are among the 4,700 Galway people who owe their lives to this life-saving culture created by the 8th Amendment. 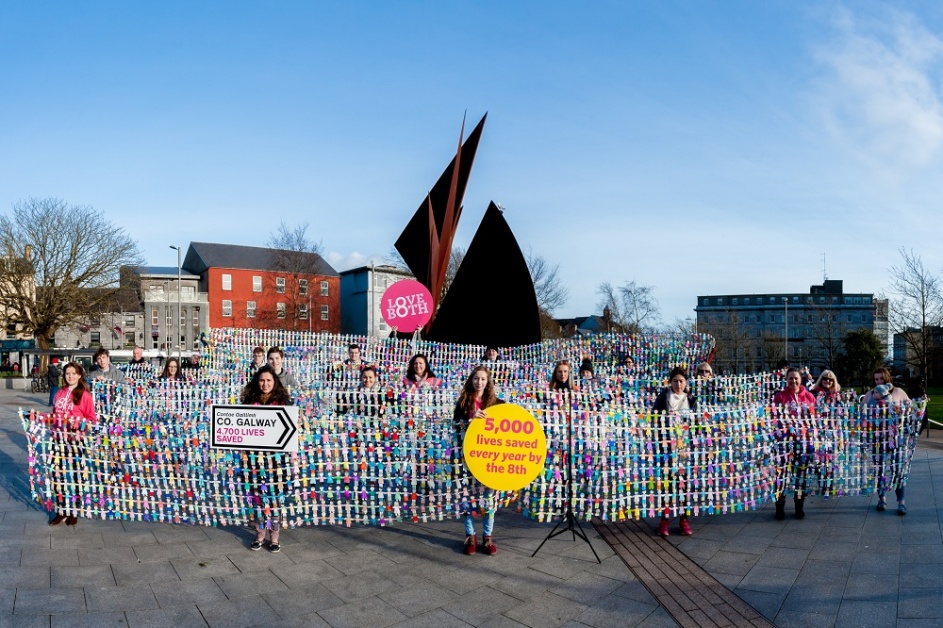 Let us not be fooled by “repeal the 8th Amendment”

We owe it to ourselves not to be fooled by politicians who say that if abortion is allowed in Ireland it will only be on a very “restrictive” basis. We only have to look at our nearest neighbour to see how false this argument is. In England and Wales, abortion was introduced in 1967. At the time, the abortion rate was 1 in every 40 pregnancies. The rate started to rise straight away and today one in every five babies conceived in the UK loses his or her life through abortion. Think of 5 people in your life – which one could you live without? This is how that statistic breaks down, and the rate of one in five pregnancies is the same in France, Spain, Italy and Denmark.

What this tells us is that if we were to repeal the 8th Amendment we would very quickly end up with abortion on wide ranging grounds. Once you say that some babies in their mothers’ wombs shouldn’t have the same legal protection as everyone else, you’re essentially saying that no babies should have that protection.

The Eighth Amendment is one of the most “inclusive” parts of the Constitution. It guarantees that women should receive whatever medical treatment they need while pregnant, while at the same ensuring that every effort is made to save the life of their baby. When you consider Ireland’s excellent record of looking after mothers in pregnancy, it’s clear that our doctors have done an excellent job of caring for mother and baby.

If we truly want ‘equality for all’, ‘diversity’ and an end to discrimination of any kind in Ireland, then only a vote to save the Eighth Amendment will achieve all three”.