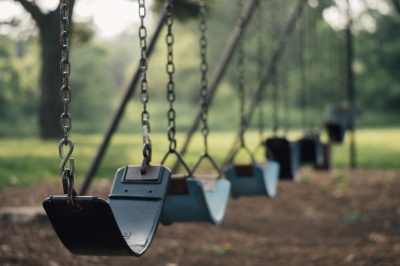 Fifty years ago, a Bill was brought before the UK Parliament to “help” women and families who struggled with the strain of an unwanted pregnancy. It involved ending the life of the unborn baby, admittedly – unfortunate, but you can’t make an omelette without breaking eggs, can you? And once accepted, of course, you could use abortion in UK to eliminate physical or mental disability too. The experts could tell us whose life would be worth living and which little person would be better off never seeing the light of day. Simple! The Bill became Law, and abortion was suddenly OK – provided, of course, that the unborn child hadn’t yet reached the age of “viability”. This term, for mysterious reasons, conferred a new and special status to a baby in her mother’s womb.

The British public settled down to life almost as usual. No major changes were foreseen. Abortion would be a rare occurrence – and since it was now legal, it couldn’t possibly be immoral or cruel, could it? The Abortion Fairy would simply wave her magic wand, and inconvenient pregnancies would disappear.

And so, bit by bit, the 1967 Act chipped away at our values. Stretched to breaking point, it now makes abortion available virtually on demand. Except “virtually” isn’t good enough: the Royal College of Midwives and the British Medical Association –yes, you are reading this right!– along with many MPs are now agitating for total decriminalisation, i.e. legal abortion on demand at any point up to birth.

The majority of the churches rarely speak out for unborn children in UK. In fact some are only too ready to claim that abortion is sometimes the compassionate option, and to castigate people who defend life for their harsh and un-Christian attitude. Most respected members of society are not particularly interested – though, if challenged, they’ll tell you they’re more concerned about children who are already here and alive. (Aren’t the ones hidden in their mummies’ tummies already here and alive, then?)

And so many young women who would once have welcomed motherhood as a precious gift are encouraged by the abortion industry to view the new life growing within them as an alien invasion, an encumbrance, a mistake which can be erased with no harm done. In reality, we’ve yet to take stock of the harm done, and to count the real cost of ending so many human lives. The UK will perhaps find its way back some day, but we’ve strayed so far that the road home will be long and hard. If you’re now hearing the same arguments in Ireland as were fed to us fifty years ago, please take warning from our tragedy: legal abortion is one mistake which is fatally easy to make and very, very difficult to erase.